Why representation matters in home appraisals

As the country faces a reckoning on racial injustice, each part of the home-buying process is getting renewed scrutiny for bias against Black, Indigneous and people of color. Given decades of redlining and current racial prejudices, the appraisal industry carries a checkered history with the valuations of homes owned by BIPOC.

“Black communities are being systematically under-appraised and that could absolutely depress the number and value of transactions in those communities,” said Kayvan Farzaneh, head of marketing at Cape Analytics. 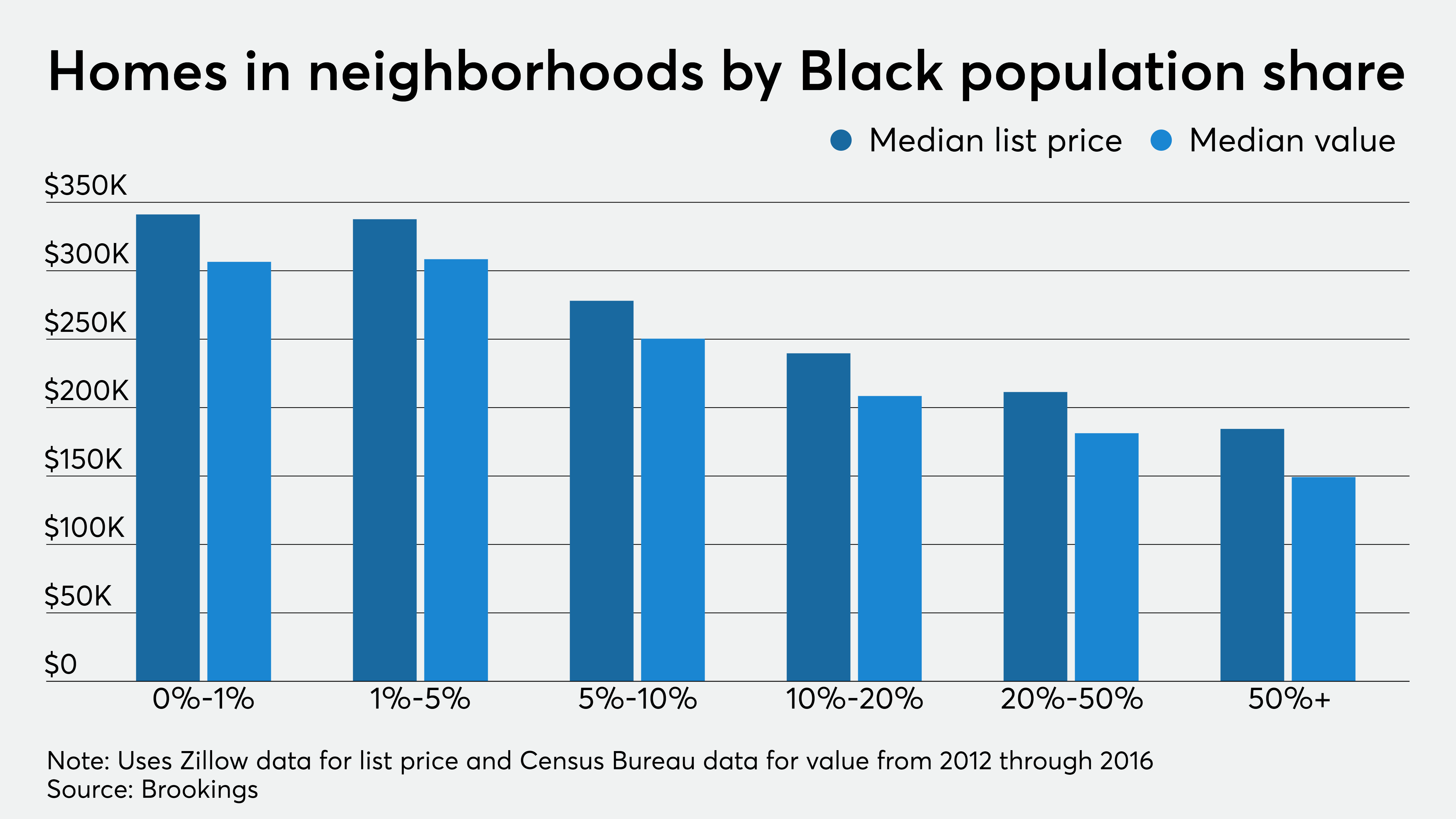 Appraisers largely point to the protocols required in their assessments as evidence that the appraisal process is free from bias, so long as the appraiser behaves ethically.

“While there could be errors in the reporting of this [MLS] data, bias in sales/listing data would be unlikely, as the MLS typically just reports facts about a property,” said Appraisal Institute President Jefferson Sherman regarding the comparable local property data appraisers must factor into their assessments.

While MLS information is most common, sources vary depending on geography. Some states have nondisclosure rules, forcing appraisers to use proprietary pay-per-service data compilers or sift through public records and transfer deeds at county offices.

Regardless of data sources, appraisers have a code to follow in order to carry out each assignment with impartial objectivity.

“An appraiser is supposed to be a mirror for what’s happening in the marketplace,” said John Brenan, chief appraiser for Clear Capital. “When it comes to bias, any appraiser who is competent and ethical is absolutely trained to comply with the Uniform Standards of Professional Appraisal Practice. That’s drilled into you from the start.”

Congress adopted USPAP in 1989 and it’s updated every two years. Also established in 1989, the Financial Institutions Reform, Recovery, and Enforcement Act provides appraisers with regulations to meet. Enforcement comes at the state level by appraisal boards or professional agencies responsible for certifying and supervising appraisal activity.

Even with regulations and teaching in place, racially biased appraisals come to light. Over the summer, a viral Facebook post by Jacksonville, Fla., homeowner Abena Horton illustrated the issue, stating that her home was appraised 40% higher than an original assessment — once she removed evidence of herself and her son from the home.

The Appraisal Institute has called for enhanced education on racial prejudice in appraisals, suggesting the USPAP and Appraiser Qualifications Board criteria could expand on matters involving bias, according to Sherman.

But providing evidence of racist intent behind an appraisal is often difficult to prove. Like other societal issues, bigger impacts could be made through better representation.

“You see very few minority appraisers. When you have appraisers who are predominantly white, living in the suburbs, they bring their biases in when they appraise properties in the city and the minority community,” said Bruce Marks, CEO of the Neighborhood Assistance Corp. of America. “Because there’s such a shortage of appraisers, there’s absolutely a need for more, particularly those who understand the minority community and can be more objective on valuing those properties.”

To borrow a phrase from former Mortgage Bankers Association Chair David Motley on the mortgage field at large, appraisers are mostly pale, male and stale. Appraisers skewed 85.4% white, 77.7% male and 70.8% were over 50 years old, according to the Appraisal Institute’s Q1 2019 Fact Sheet. The sheet also shows a shrinking profession, with the number of appraisers decreasing to 78,015 in 2018 from 87,130 in 2014.

Technology stands as a major reason for the decline. While artificial intelligence, in theory, would bring objectivity to home valuations, it’s only as good as the data driving it and people who build it. If inherent biases already exist within the data, the AI will perpetuate those biases.

Some strides are already underway to combat racial discrimination in a fading industry. The Appraisal Institute, Fannie Mae and the National Urban League launched the Appraiser Diversity Pipeline Initiative, in addition to the Minorities and Women Course Scholarship Program. Additionally, The Appraisal Foundation took action by creating its Diversity and Inclusion Special Committee.

These programs aim to boost the diversity of real estate appraising through financial support, educational opportunities and partnering with historically black colleges and universities to establish undergraduate curriculum and graduate programs.

“There is no place for discrimination in the appraisal profession,” Dave Bunton, president of The Appraisal Foundation, said in a press release. “Recent tragedies across our nation have highlighted how much more work we need to do to combat systematic racism in the United States, and that extends to the housing industry.”