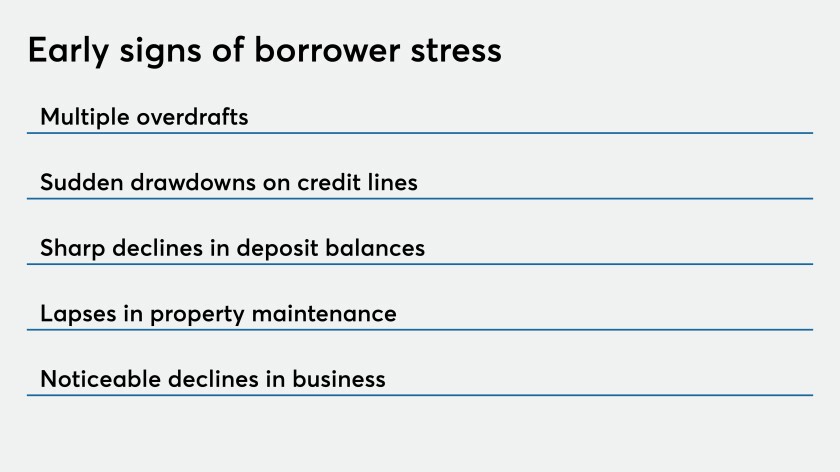 Bankers are reviewing a wider range of borrower behavior to determine the amount of stress in their loan portfolios.

Delinquent loan payments, a sign of distress for everything from small business loans to mortgages, are largely being held in check by deferrals and other modifications. But problems linger, as evidenced by continued high unemployment and a cloudy economic outlook tied to the coronavirus pandemic.

Government programs created more blind spots for bankers. Though deferral requests are declining, a lack of any new stimulus is prompting more bankers to warn that credit quality could start to crumble in coming few months.

The extent of the exposure remains in question.

“It’s unknown,” Laurie Stewart, president and CEO of Sound Financial Bancorp in Seattle, said of the pandemic’s toll on credit. “Here we are in October and our portfolio is resilient with only modest delinquency rates. But we just don’t know how much is propped up by stimulus. When we talk to our clients, they aren’t really sure either.”

A number of commercial bank executives said during a virtual forum hosted by PrecisionLender last week that they are spending more time looking at early warning signs, or have accelerated efforts to create such systems.

More banks are increasing the frequency of formal credit reviews. They are also tracking things such as large, sudden draws on credit lines or deposit accounts — viewing abrupt liquidity needs as a potential sign of distress.

The late Peter Tourtellot, who was a principal at the turnaround firm Anderson, Bauman, Tourtellot & Vos in Charlotte, N.C., would advise lenders to make observations when they visited borrowers. For Tourtellot, an unkempt property or out-of-date magazines in the waiting area were potential signs of hardship.

A PrecisionLender survey of 50 bankers conducted in August found that 60% had stepped up monitoring to identify early warning signs. Thollesson said the percentage would likely be higher if another survey was conducted today.

“Bankers want to home in on any early indicators and be ready to take action as soon as they can,” Thollesson said.

While credit metrics have held up well so far, the government’s estimate that second-quarter GDP tanked more than 30% — the sharpest decline since the Great Depression — is bound to make bankers uneasy, Thollesson said.

“We’re waiting for the first shoe to drop,” Deines said. “We as an industry have to be pragmatic and understand there will be some pain here with this thing.”

The $1.5 billion-asset First Northwest is on solid footing. The Paycheck Protection Program boosted fee income and added new clients and an abundance of deposits. Its mortgage business is booming and “customers do not appear to be scrambling for liquidity at all,” Deines said.

Still, First Northwest is watching closely for any hints of change, cognizant that a resurgence in the virus, or the absence of new government stimulus, could deal the economy and the bank’s borrowers a financial setback.

“I do think we need additional stimulus to carry us through,” Deines said.

“We’re watching everything” that could signal credit challenges at the $872 million-asset Sound, Stewart said.

“We’re talking to our borrowers all the time, because as stimulus winds down, it would seem we would start to see cracks,” she added. “That’s what I worry about right now — if the cracks all happen at the same time. Our bankers are more focused on portfolio management than new loans.”

Paul Davis contributed to this article. 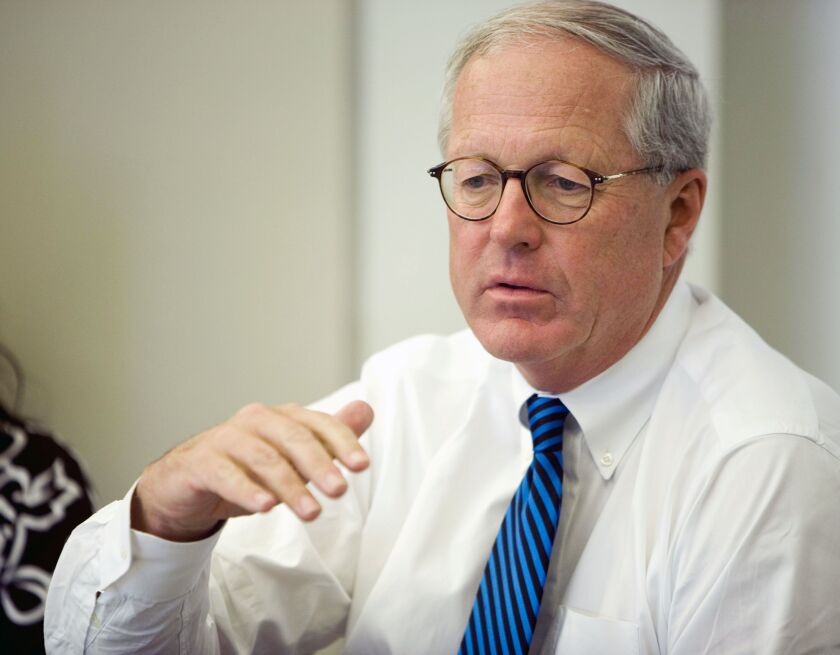