Lenders continued to tighten mortgage credit in September, not just because of broader economic concerns, but also because they had to remove certain Libor-indexed adjustable-rate loans from their menus, the Mortgage Bankers Association said.

This is the MCAI’s lowest level since February 2014.

The 1.9% overall month-to-month reduction included a 9.5% decline in the conforming loan segment as mortgage originators discontinued offering Libor ARMs. Fannie Mae and Freddie Mac had set a Sept. 30 cut-off date for borrowers to be able to apply for these loans. 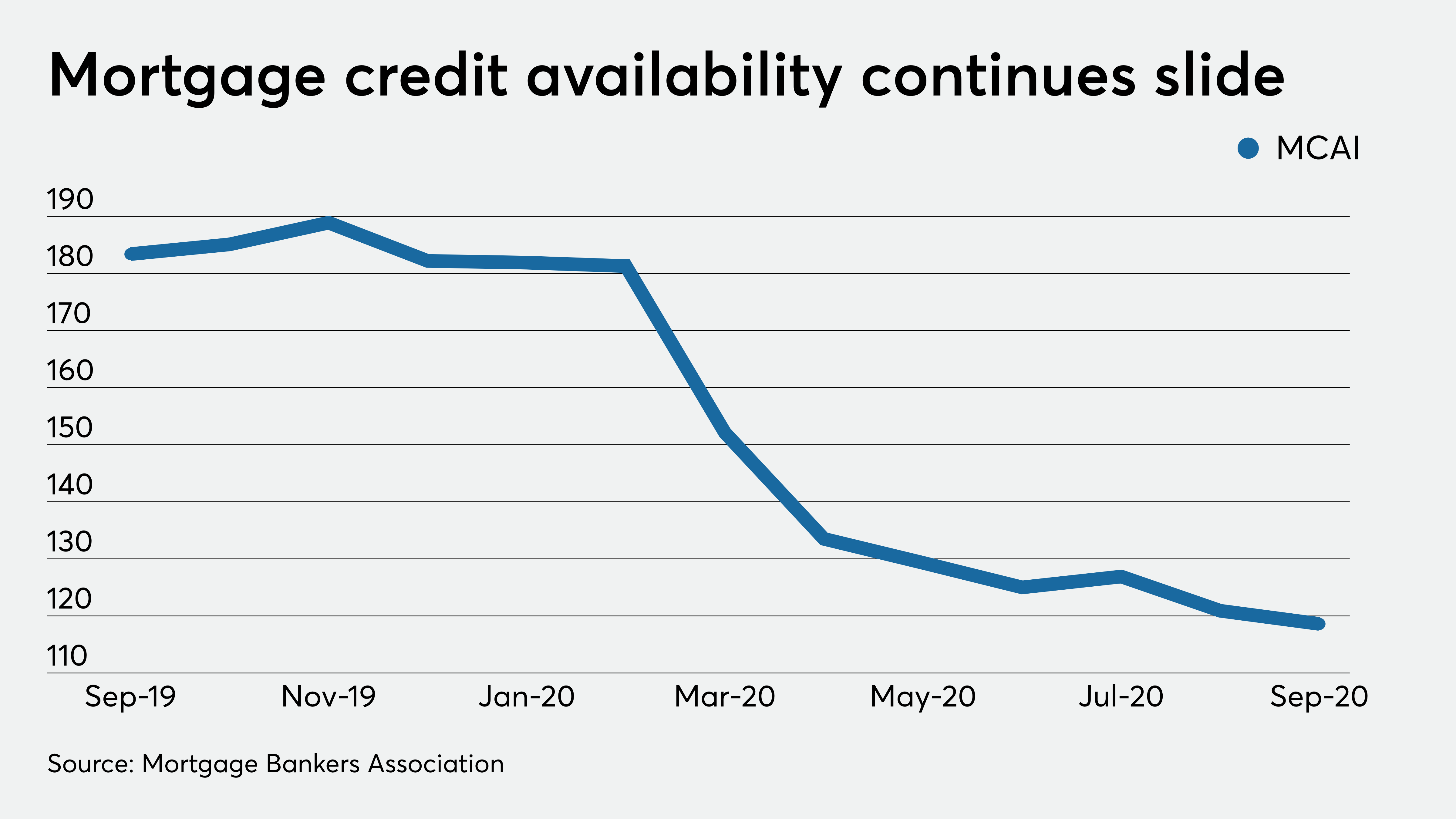 This might be happening already as the share of conventional ARMs originated fell to 1.9% in August from 5.2% in January, according to the latest data available from Ellie Mae. The data does not distinguish between conforming and jumbo and does not include the index used, but most ARMs originated in recent years were indexed to Libor.

The conventional MCAI, for which the conforming segment is one of two components, decreased 6.1% from August. The jumbo component was down 2.1% from the previous month.

On the other hand, the government MCAI was higher for the second time in the past three months, rising 1.4%.

Whether lenders will loosen their government lending product availability on a long-term basis remains to be seen.

Availability of Federal Housing Administration, Veterans Affairs and U.S. Department of Agriculture guaranteed loans peaked in 2017 and has tightened most months since then.

Since peaking in 2017, mortgage originators most months culled their offerings of FHA, VA and USDA guaranteed loans.

“Across all loan types, there continues to be fewer low credit score and high-LTV loan programs,” Joel Kan, the MBA’s associate vice president of economic and industry forecasting, said in a press release. “The housing market overall is on strong footing, but the data show that lenders are being cautious, given the spike in mortgage delinquency rates in the second quarter, as well as the ongoing economic uncertainty.”

The MBA calculates MCAI using loan program data from Ellie Mae’s AllRegs Market Clarity database with a benchmarked value of 100 based on conditions in March 2012. Decreases in the index indicate stricter lending standards.