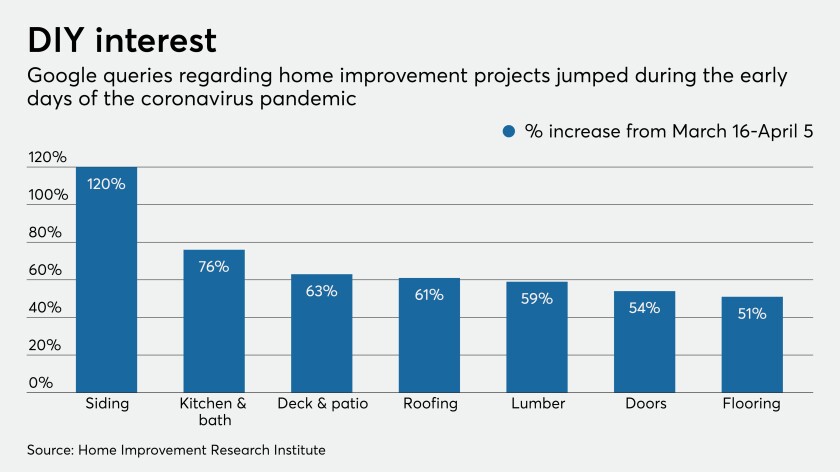 Shelter-in-place orders have led to a surge in home repair and remodeling projects, providing an unexpected opportunity for many lenders.

During the early days of the coronavirus pandemic, Google searches for projects such as bathroom and kitchen improvements, patios and flooring increased significantly, according to the Home Improvement Research Institute.

Many of those searches are turning into active projects.

A survey released Tuesday by LightStream, a consumer lending division of the $506 billion-asset Truist Financial, found nearly three-fourths of the 1,300 homeowners it polled in May plan to pursue a home-improvement project this year with an average cost approaching $12,000.

“Self-isolation has forced Americans to take a much closer look at their homes,” said Todd Nelson, LightStream’s senior vice president of strategic partnerships. “Many have clearly decided that renovation remains the right move, and they’re acting on it.”

Truist, of Charlotte, N.C., Ally Financial in Detroit and Wells Fargo in San Francisco are among the large lenders in a position to benefit from those expenditures.

Ally, which bought a point-of-sale fintech last fall for $190 million, is using the acquisition to begin funding renovations and repairs. Ally Lending, a new unit created by the $183 billion-asset company, just announced a partnership with Authority Brands, the parent of seven home improvement franchises.

“The consumer spend is about $400 billion, with roughly $50 billion of that in lending,” Zandhuis added. “It’s a highly fragmented space. We think with the Ally brand we have a real chance at making significant inroads.”

Ally plans to create more partnerships similar to the one it has with Authority Brands. The company also plans to leverage the platform it acquired along with Health Credit Services, which had focused on financing health care services that insurance did not cover, to enter auto servicing and other business lines, Zandhuis said.

For now, the focus is home improvement and repair.

“As we get clipping along here we’ll be adding hundreds of new providers a month,” Zandhuis said. “We’re going all-in hard.

The $177 billion-asset Citizens Bank in Providence, R.I., built a business that finances iPhone sales for Apple. GreenSky, which serves home improvement and health care providers, has attracted a number of banks that fund loans made through the company’s platform.

Wells Fargo, which has provided point-of-sale lending for decades, has a network of more than 20,000 merchants and service providers, including home improvement firms, said spokeswoman Hilary O’Byrne.

The $1.9 trillion-asset company’s financing activity extends to appliances, flooring, health care and outdoor improvements such as pools, fencing and patios, all part of Wells’ $38 billion portfolio of revolving credit and installment loans.

LightStream, a business SunTrust Banks brought to its December merger with BB&T, offers financing for a range of projects, including remodeling, pools, health care and weddings. The division’s loans typically range from $5,000 to $100,000.

Point-of-sale lending is growing faster than any other consumer line, with annual growth rates of 18% to 20%, Zandhuis said. Ally Lending originated $70 million of loans in the first quarter.

“It’s not going to move (Ally’s) needle anytime soon, but from a category perspective, the point-of-sale finance product has very strong growth factors and adoption rates and all the things that matter tied to it,” said John Hecht, a Jefferies analyst.

“Trends suggest that, while consumers may not be as interested in a store-brand charge card, they would be interested in setting up a set of installment payments for a particular purchase,” Hecht added. “That’s point-of-sale financing.”

Hecht noted that the point-of-sale business at the $86 billion-asset Synchrony Bank in Draper, Utah, “has been growing by double digits for a long time.”

“I think over the course of several years Ally could be very successful,” Hecht added.

Health Credit Services, founded in 2015, was sold to Ally, gaining access to a large, stable funding source for expansion.

“There are a lot of fintech companies struggling because of their balance sheets,” he added. “We don’t have that problem. We have the ability to really lean in here.” 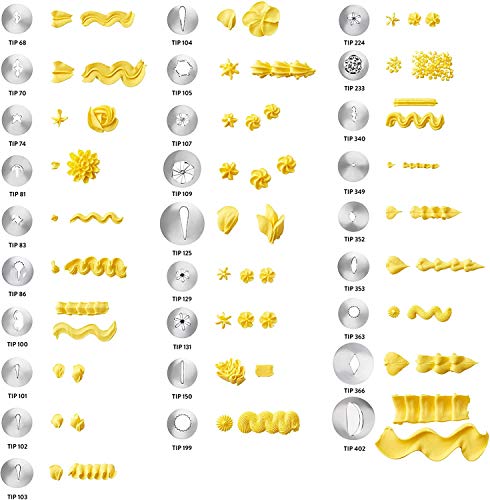 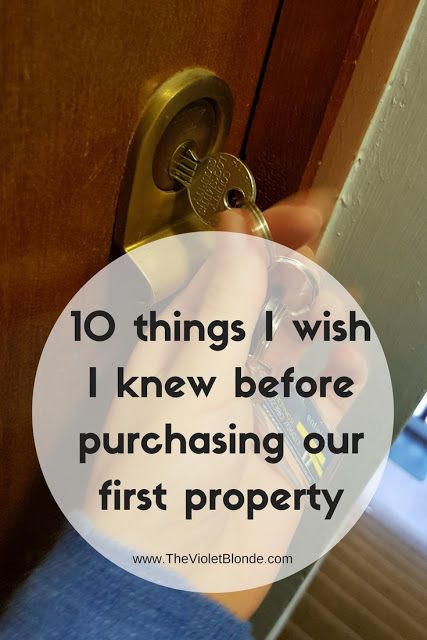 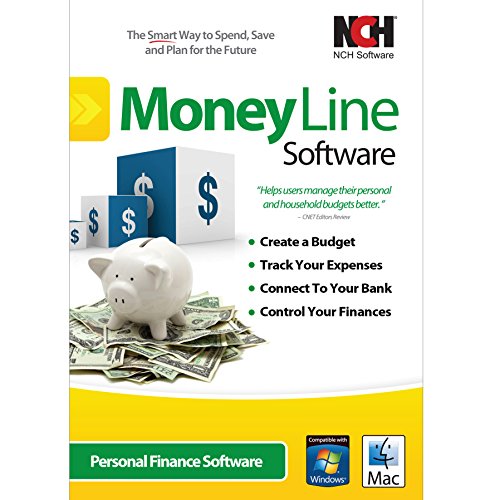 2.5 million homeowners could save $500/month by refinancing: report

Have Fannie and Freddie dropped the ball on diversity?

How much of a bite will remote work take out of future demand for office space? 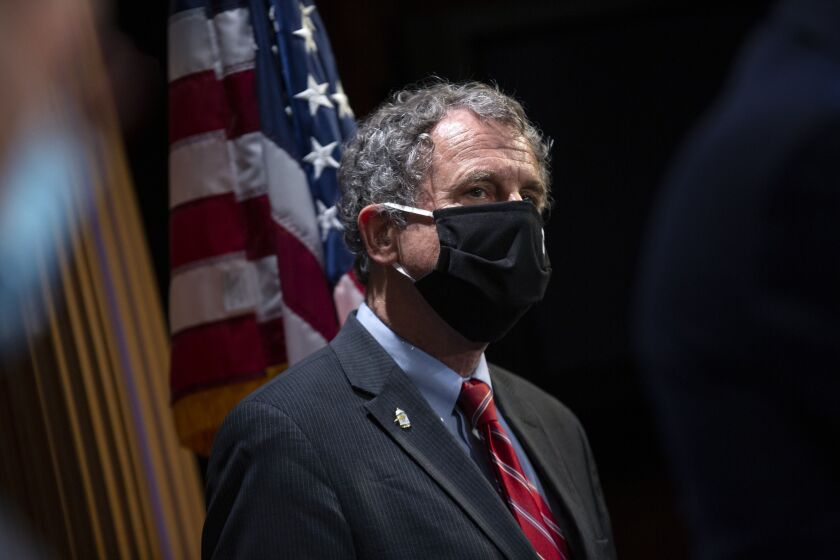