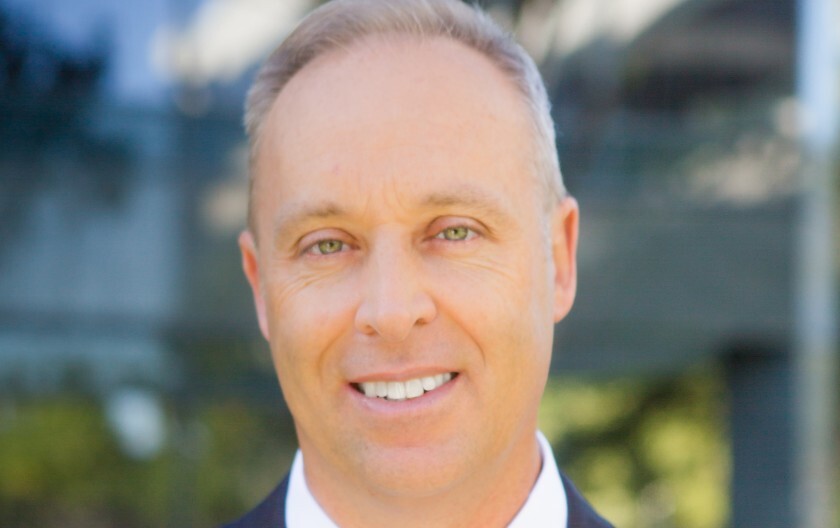 If it was stunning back in February 2019 that Ellie Mae’s management would take the company private, its sale to Intercontinental Exchange approximately 18 months later was even more so, simply because of the quick turnaround time.

But for ICE, the deal makes sense, given that its other mortgage businesses, Simplifile and MERS are employed in the following steps in the origination chain after Ellie Mae’s marketing, point of sale and loan origination systems.

National Mortgage News recently spoke with Jonathan Corr, who announced his retirement as CEO of Ellie Mae after the deal was completed, and Joe Tyrrell, the chief operating officer at Ellie Mae, who now steps up to be president of ICE Mortgage Technologies while also overseeing Simplifile and MERS.

Questions and answers have been edited for length and clarity.

Jonathan, during the period that Ellie Mae was owned by Thoma Bravo, did you accomplish all that you were looking to do in terms of what your original aims were in taking the company private?

CORR: We did not expect that the partnership with Thoma Bravo would be as short as it had been. I think both sides had expected the partnership to be four to five years. Being private definitely allowed us to do some things operationally that would have been more difficult as a public company. From my perspective — and I think Joe would probably say the same thing — it allowed us to execute on things that we were doing but at an expedited pace. Thoma Bravo came in with a market that was down on mortgage, it was down on technology. It happened to go faster than that because of a couple of things: we executed faster and the market recovered faster. ICE saw the tremendous value in the company and where we’re going and how it fits so well with them. And so I think it was a great deal all the way around for everyone.

Joe, I know the deal recently closed and you were recently named to your new post, but how are you thinking about integrating Ellie Mae, MERS and Simplifile?

TYRRELL: The challenge with Simplifile and MERS is they’ve done this incredible job of digitizing the back end but they’re still waiting for somebody on the front end to make eclosing a standard. So when you think about how we bring these all together with Ellie Mae, we have this very significant client base. The vast majority of them use our Ellie Mae docs, and we’re in the final stages of getting prepared to introduce our eclosing solution. Not all of the documents presented to the consumer come from the lender. Some of them come from the title officer.

And so the challenge has been, how do you get those documents that need to come from the title office to seamlessly integrate with those that come from a lender, to truly being a real eclose with an enote? Now we have the opportunity to bring these two great capabilities together. Simplifile’s got all the connectivity to all those individual title agents, so we can create one comprehensive eclosing solution, which will be a far superior experience for the consumer but will significantly reduce expense and friction for the lender.

During a DigMo session on digital closings, the panel discussed that friction because of all of the different systems and parties involved, especially on a purchase transaction. Is that what you are trying to alleviate with this new product Ellie Mae will be unveiling?

TYRRELL: Look at the capabilities we have, especially with our automated data, our document recognition and automated data extraction capabilities from our AIQ (previously known as Capsilon) offering. One of the first things that initiates the whole process on a purchase is the purchase agreement.

If you think about our abilities now with all of these solutions coming together, we can leverage our AIQ capabilities to automatically recognize the purchase contract, to extract the data of where that escrow was open, automatically have keys being secured from that specific title office, automatically getting title ordered to take place without the lender having to click any buttons, automatically going back and getting the fees for all the closing disclosures but also providing that data all the way through to the title agents now because of the Simplifile connectivity.

So an e-closing for us is going to start when the purchase contract shows up and we’re going to automate every step of the process between the time it hits the lender’s desk all the way through, until the signing has been completed and that purchase transaction has been e-registered with MERS. That’s a ton of friction that you’re going to remove, not just for the lender, but basically for everybody in the supply chain.

Starting with company founder Sig Anderman, Ellie Mae has been an acquirer, not just of other loan origination systems but also other pieces of the mortgage puzzle, including marketing companies and so forth. How does that figure into the whole picture of what Ellie Mae can bring to the table in this combination?

CORR: The strategy has always been, what does the market need? What do our customers need? What is going to facilitate the next level of automating everything automatable? What will lead it going forward is, what is the best way for Ellie Mae to do it? Do we do it through developing it ourselves, or in partnerships or through buying? And it is always that evaluation based on what the market needs.

TYRELL: What Jonathan has helped build here at Ellie Mae is this focus on the customer and that will always remain. It’s about, how do we help the lenders? How do we help them do more, make more, being more relevant to their customers, which is ultimately the consumer? And so how we do it is exactly what Jonathan said. Sometimes we’ll build, sometimes we’ll buy, sometimes we’ll partner. But the other thing we’re always going to do, a big part of our culture which has sustained us through starting out as a startup, being venture capital-backed to strategic investor-backed to public, private and now public again, is that focus on the customer and the focus on the need for lenders to have choice.

So even if we acquire something, it doesn’t mean there won’t be other competitors that will be able to still offer their products on the Encompass platform. We see this with companies like Optimal Blue where they rely very heavily on their ability to distribute their products to our customers; we also have our product and pricing engine. We will not only offer our own but will continue to partner so lenders have choice in how they run their business with Ellie Mae.

The big discussion now is around the shift to work-from-home. From the perspective of your customers and also from Ellie Mae itself how is that affecting things like seat usage for Encompass?

TYRRELL: Work from home has done two things: first and foremost, all of the clients have had to work from home. Being on the Encompass platform has enabled them to do that seamlessly. Our customers didn’t skip a beat when they started individually to each institute their own work from home ramp based upon the geographic locations where those employees are. We didn’t see any disruption from a volume perspective. They all seamlessly started working from home on the platform.

For our employees, ironically, we saw a bit of an increase in productivity. Now part of that was probably because there was nothing else for folks to do during the beginning stages of work from home. You couldn’t go outside, you couldn’t go to the movies, so we definitely saw an increase in productivity. Now what we expected to see over time was, was that would come down. But in reality, it’s remained pretty consistent.

You mentioned the data moving and that it’s not just the integrity, it is also the security. Is that being ramped up even more now with work from home, which has raised questions regarding data security?

We’re part of a company that is actually responsible for the security of data across the New York Stock Exchange. And so it’s been very validating as they’ve come in to take a look at us, and have found that we actually are in really great shape in conforming to the standards of a global technology and data company that ICE is, here at Ellie Mae.