Attom’s third-quarter coronavirus report ranked 487 counties based on the percentage of properties receiving foreclosure notice, the total underwater units in each and the percentage of local wages required to pay for the median-priced home. 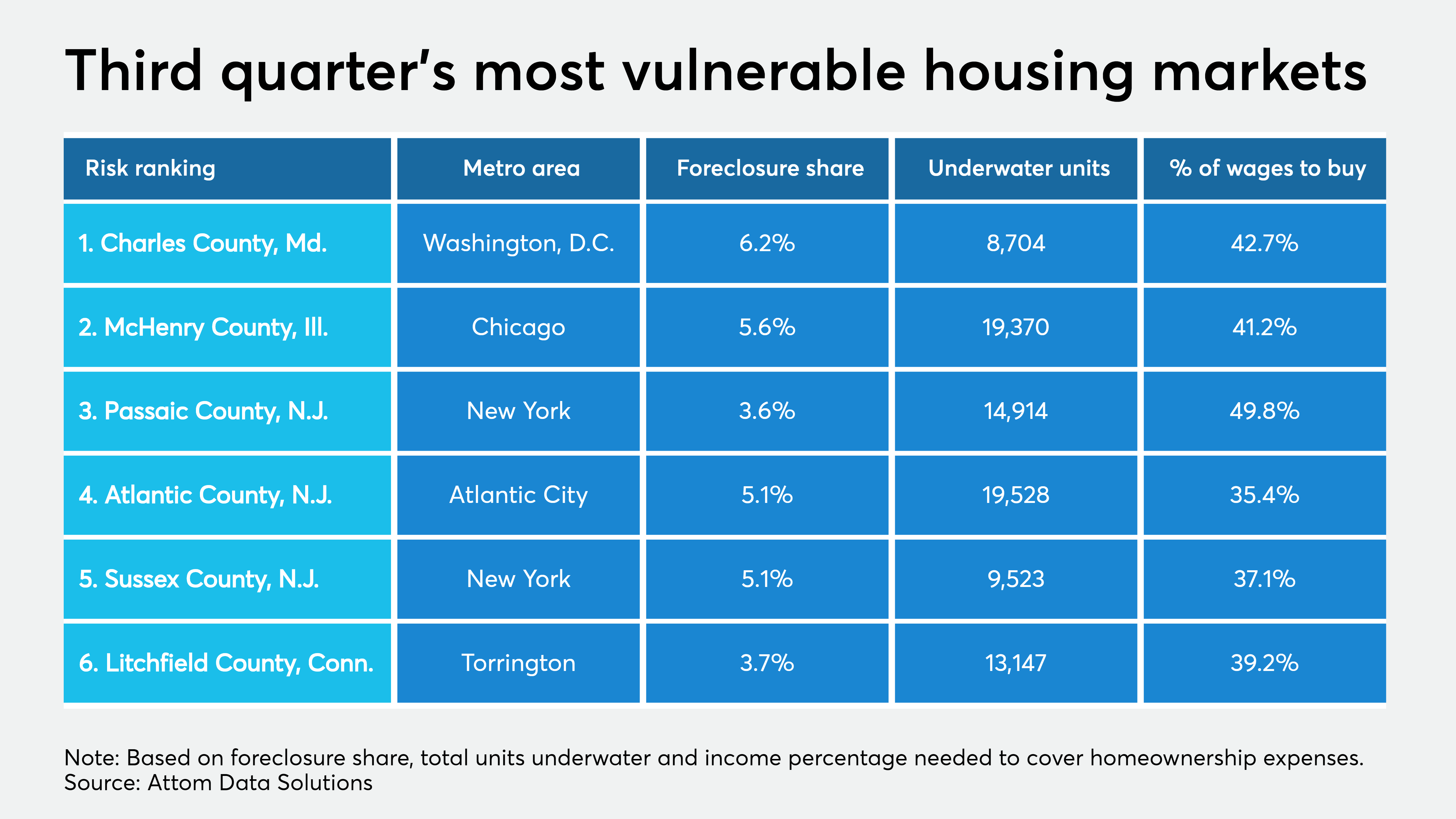 Only four counties from Western states made the top 50 most vulnerable list. Those included the counties of Humboldt (20), Chico (23) and Redding (45) in California and Hilo (37) in Hawaii.

“Amid continued price gains, pockets around the country face greater risk of a fall, especially in and around the Northeast,” Todd Teta, Attom’s chief product officer, said in the report. “There is much uncertainty ahead, especially if another virus wave hits. We will continue to closely monitor home prices and sale patterns to see if, how and where the pandemic starts rattling local markets.”

The highest median home prices came at San Mateo and San Francisco counties in California and New York County, all eclipsing $1.4 million. Similarly, the California counties of Marin and Santa Cruz, followed by Kings County, N.Y., had the highest percentages of income needed to purchase a home.

“While it’s unlikely that we’ll see a return to the historically high levels of foreclosure activity we saw during the Great Recession, it’s a near-certainty that the number of defaults will increase once the foreclosure moratoria have been lifted, and the CARES Act forbearance program expires,” said Rick Sharga, executive vice president of RealtyTrac. “It’s also likely that foreclosures will be concentrated in markets where there’s a dual-trigger — for example, stubbornly high unemployment rates, and homeowners who are underwater on their loans.”