Delinquencies could continue exceeding pre-pandemic levels until 2022 due to the impact of the coronavirus on health and the economy, according to Black Knight’s latest Mortgage Monitor report.

“While this may seem to paint a bleak picture for the future, multiple mitigating factors could help to reduce any resulting foreclosure wave,” Ben Graboske, president of data and analytics for Black Knight, said in a press release. 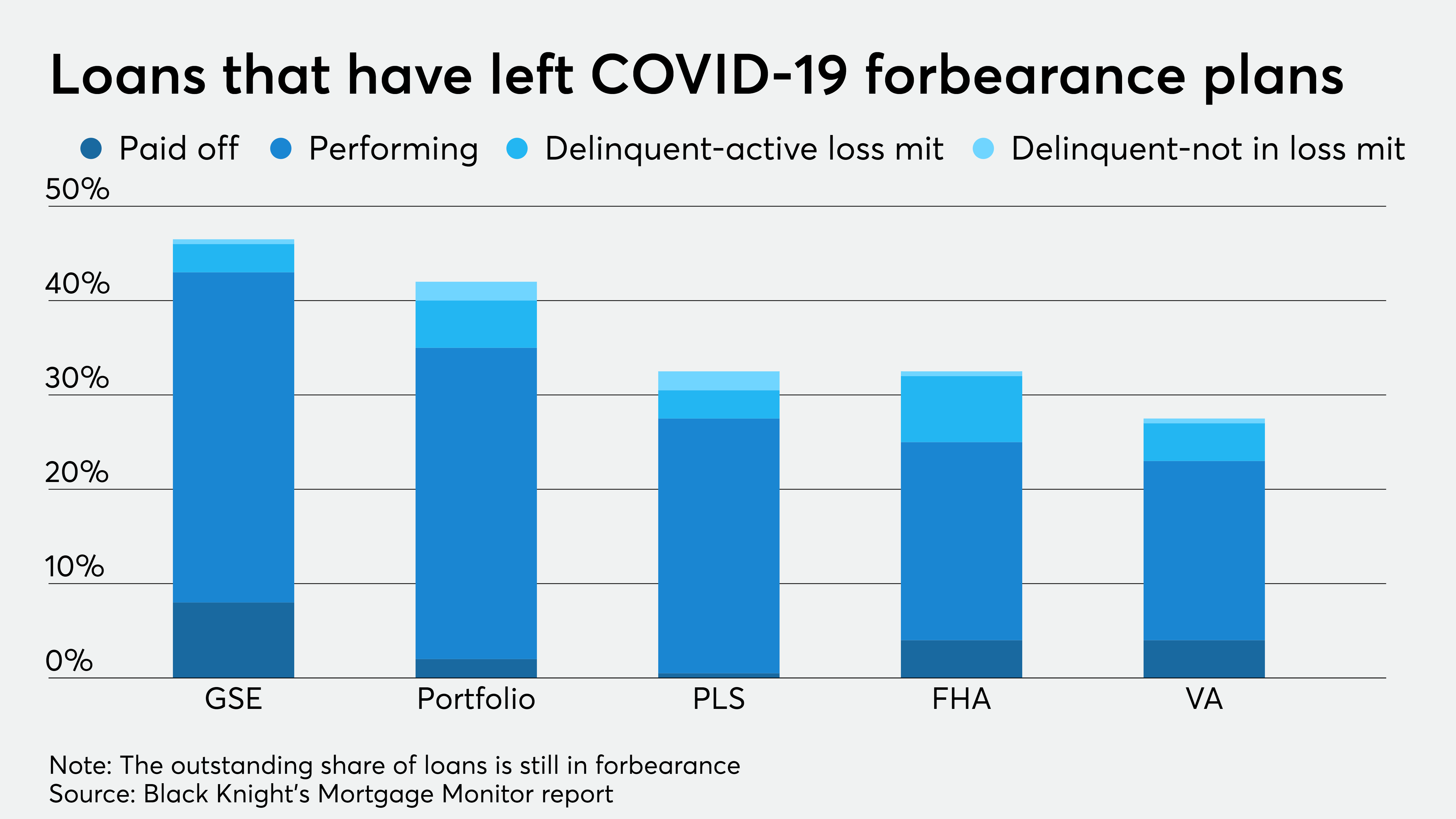 Among these are the significant numbers of borrowers who have exited forbearance. Most of those borrowers are back on track when it comes to paying, and the incidence of loss mitigation plans is high for the relatively small share that are not.

“Of those no longer in forbearance but still past due, the vast majority — some 267,000 — are in active loss mitigation programs with their lenders. Just 54,000 loans at present represent significant risk — having left forbearance, are past due and not engaged in loss mitigation efforts. Seventy percent of those were already delinquent in February, before COVID became a factor,” said Graboske.

While the percentage of loans that have exited forbearance, are delinquent and not in loss mitigation is quite low, there are two categories where it is relatively elevated. Those are portfolio loans and mortgages in private-label securities.